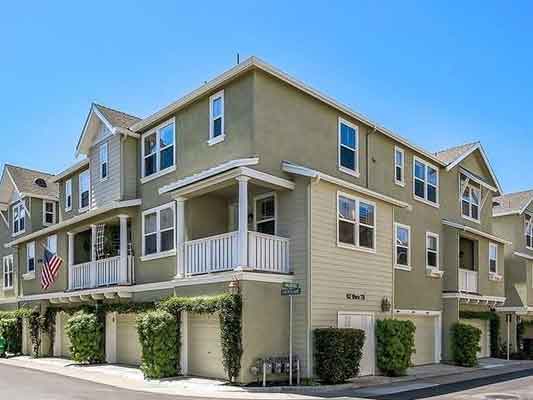 The most comprehensive and affordable repipe process for Multi-Family buildings.

Repipe Specialists is comprised of highly specialized teams with decades of experience to handle your repipe, surpassing expectations throughout the entire process.

Throughout our 30 years and 60,000 repipes completed, we’ve re-defined repiping with our "One Stop Repipe Process"™ for Multi-Family and HOA repipe projects.

Call our Multi-Family Division to schedule a consult:

Or visit our Multi-Family site to learn more:

We've received hundreds of customer reviews over the years. We've included a sampling from real customers below.

"Had our house repiped, they did a great job. All the pex pipe under house and in garage is insulted. This was done in one day, the patching comes after inspection. The city inspector stated he see alot of their work and it is always top notch."

"Our experience with this company was very positive. They did an excellent job from start to finish. We love our new pipes and the service we received from Repipe Specialists!"

"Repipe Specialists did an awesome job. I was afraid that doing a repipe would turn my home into a huge construction zone but they impressed me. They were efficient, super nice and very professional."

"I had Repipe Specialists install PEX pipes in my mobile home. They were 1/3 less than another plumber who gave me a quote. Their approach to replacing pipes was better in terms of fewer holes in the wall. This solved a huge problem of a clogged water line in my guest shower, too. They were on time, professional, quick, and did a great job. I'm glad I had them do the job."

Cynthia B. - Portland, Or

"I could not be more satisfied with the work and would highly recommend people consider Repipe Specialists if they're looking for a smooth and painless solution to their plumbing needs."

"For the past 10 years, our home had degrading water pressure, rusty water from some taps, valves that would not close or were completely frozen, and never, ever flush the toilet if water was running somewhere else in the house.I knew that major work was going to have to be done in order to restore usable water pressure, but I had no clue as to how to even begin to plan such a project. I had heard a radio commercial about Repipe Specialists and how they could completely repipe an entire house in one day. I was totally skeptical with this claim but my wife and I had become so frustrated with our situation that we decided it was going to go one of two ways, sell the house or rip out the old pipes and put in new ones.After trying and failing to find independent plumbers to take on such a project, I finally found Repipe Specialists online and completed their query for more information. We were contacted by a rep who inspected our home, assessed the number of trouble spots and gave us an estimate of a total project cost to the penny.Once we agreed on the project cost and timing, Repipe Specialists arranged the entire project, from booking the contractors for the actual repiping, to taking care of permits and inspections, as well as drywall contractors to come and seal everything back up. All we had to do was clear out the cabinets under the sinks and then wait for them to show up.The day of the piping work arrived at 7AM when the crew of 6-7 very qualified guys came in, laid down paper and drop cloths, and got to work. The water was cut off at the water meter at 7:15, and we had water back on by 4:30 that same afternoon. A quick inspection by the city the next day, and then the drywall crew came in a few days after that and the project was completed.We are totally happy with the job we had contracted through Repipe Specialists and would recommend their services highly. There is absolutely no way I would have been able to plan and contract the services to do this myself, so Repipe did it all for me.Would highly recommend their services."

More people have trusted us to repipe their home than anyone else.

We are also fully licensed in Oregon and insured up to $5M in general liability.

No interest and nothing down. 12 or 18 months. Longer terms available.
On Approved Credit

Contact us today to schedule a consultation with one of our Customer Advisors.

Send us a Message

Contact us by phone or email with any questions, or to schedule a no obligation in home (or remote) consultation with one of our Estimators.

Call 541-243-7372 to schedule an estimate. If you reach our answering service, please leave a message: we return calls in the order they are received.

Messages sent using the form on this site, go directly to our email, which we check regularly.

In light of the recent developments and ongoing efforts to reduce the spread of Covid-19, the health and safety of all our customers, crews and staff is of utmost importance.

We are actively following the guidelines and recommendations from the Center for Disease Control (CDC), World Health Organization (WHO) as well as local, state and federal government agencies. Our enhanced measures include:

If you are not feeling well for any reason, we ask that you please reschedule your appointment for a later date when you are feeling 100% well.

Thank you for your understanding and support.